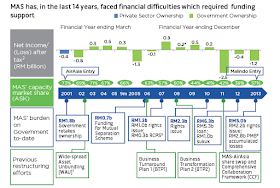 
MASTROUBLESHOOTERS are very concerned on the latest development in Malaysia Airlines Berhad (MAB) especially when MAS former Managing Director, Tan Sri Sri Abdul Aziz Abdul Rahman said that “The failure by the board members of Malaysia Airlines Bhd to steer the national carrier in the right direction should ultimately be blamed for the shoddy performance of its staff” (http://www.themalaymailonline.com/malaysia/article/malay-business-group-blames-mas-board-for-workers-poor-performance)
MASTROUBLESHOOTERS have also triggered many alarms as early as 2003 but were not taken seriously or perhaps they do not seem to be doing the right things and quite evidently they do not know the right things to do a.k.a INCOMPETENCE.
Sad things will happen when the responsible and accountable parties are weak and incompetents. (http://www.jaluch.co.uk/incompetence-breeds-incompetence/)
Thus, MASTROUBLESHOOTERS are compelled to share our experiences and knowledge below with MPM to “save MAB” and prevent another cycle of self destruction. As an introduction, allow us to reproduce our previous report dated 5 June 2009 below which again has been ignored or perhaps as quoted many times by Tan Sri Abdul Aziz “There are many very smart people who could not understand simple arithmetics”.
6 MAJOR THINGS THAT MAS SHOULD HAVE HEDGED INSTEAD
On Friday, June 5, 2009, we wrote an article as summarized below:
Rather than retrenching the staff that cost the PUBLIC a cool RM 500 million in 2006, MAS could have adopted the following strategy (still relevant now) to resolve MAS problems faced then by:
Based on the FY2007 Financial report, MAS employees strength were reduced from 18,641 (2006) to 17,991 (2007) but staff costs escalated from RM 1.872 billions (2006) to RM 2.001 billions (2007). So where are the cost cutting measures?
After all the over hype BTP (Business Transformation Plan), sure enough they are now facing bigger problems because instead of looking on intrinsic quality and efficiency, they brought it more new personnel (again with zero aviation knowledge), so much so that MAS is now top heavy, sluggish and rather than being the leader, they tend to trail Air Asia business strategies (remember the advertisement colour scheme, ELF (Everyday Low Fares) etc, etc.

From the above performance, it clearly illustrated that in FY 2007, profit of RM 852 million was not gained from operations but ‘creatively’ generated by selling her fixed assets and borrowings of RM 859 millions.

Eventhough A380s were ordered circa 2005, MAS missed a golden opportunity to cancel the order in 2007 because of manufacturing defects faced by Airbus. MAS has been extremely lucky that the A380 were further delayed to 2012. Imagine what would happen if MAS had the aircrafts now especially with the severe global economic downturn, we could have been worst off compared to SIA, Qantas and Emirates.
A former MAS MD who has been keeping a very close eye on MAS had said in June 2006 that “their argument is that SIA, Emirates and Qantas have it, so we too must have it to be (in sync) with the market” demonstrates poor business sense and justification.

Two very serious incidents caused by MAS in 2008 which involved Saudi Arabia’s B747-300 (wet leased from Air Atlanta) that caught fire in Bangladesh (subsequently written off due damaged beyond repair) and another Saudi Arabia B777’s extremely expensive damages on both engines.
Yet, not many personnel have been informed about the real cause of these expensive and potentially fatal incidents and the preventive measures to be taken to avoid similar incidence.

As at 19 February 2009, the Group has entered into various fuel hedging transactions for periods up to 31 December 2011 in lots totaling 17,350,000 barrels.
Source:http://biz.thestar.com.my/news/story.aspfile=/2009/3/5/business/3405345&sec=business
Thursday March 5, 2009
PETALING JAYA: Malaysia Airlines (MAS) stands to chalk up close to RM3bil in hedging costs over the next two years while its competitor AirAsia Bhd enjoys the benefits of lower crude oil prices, analysts say.
An analyst estimated that MAS was currently sitting on a collective paper loss of around RM2.8bil for financial year 2009 and 2010 as a result of its hedging activities.